Remy Jungerman: Based In 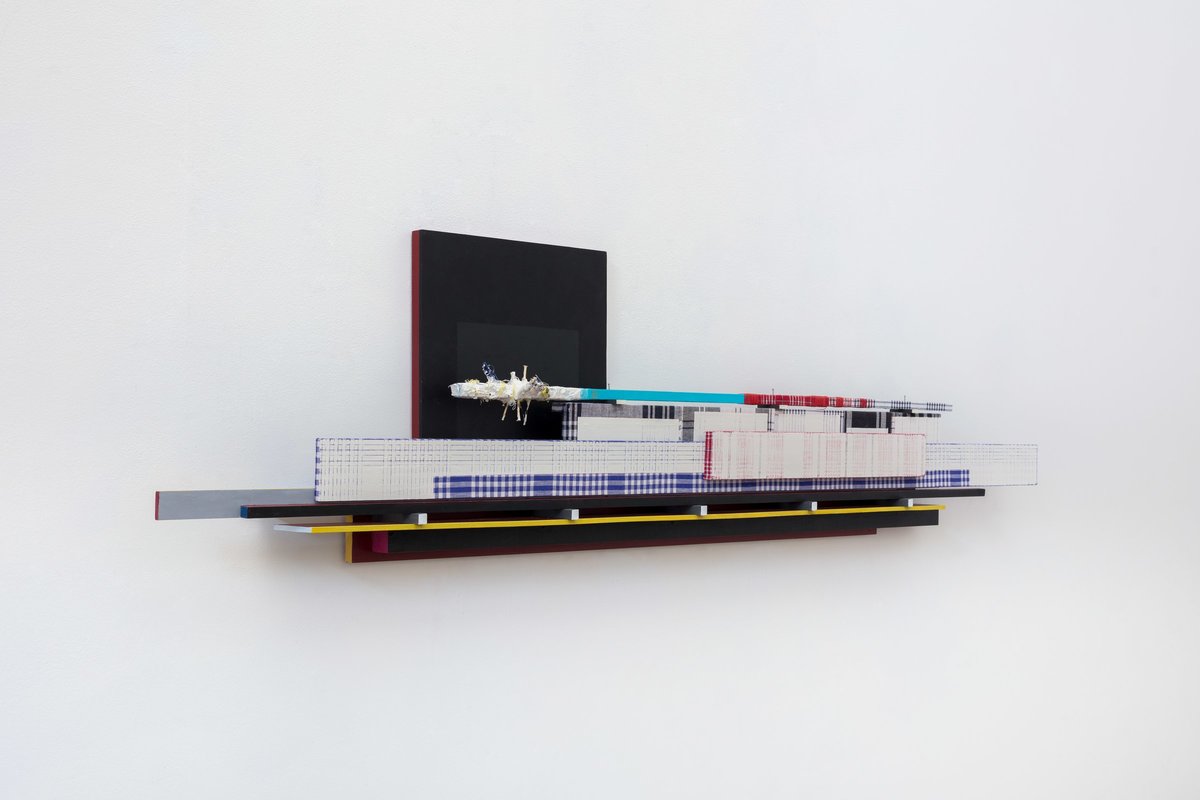 Style for Remy Jungerman is a jumping-off point, not a manifestation of the artist's personality via practice. He uses the work of Gerrit Rietveld as a structure on which to fasten signifiers of a swathe of cultural and ritual practices, Surinamese, Dutch, and African. The vibrant and intriguing constructions investigate the idea of detail, and how it transmits spirituality as well as zeitgeist.

Horizontal Obeah Hasigoun (2016-18) resembles many things in architecture and furniture. It seeps out of its boundaries. A horizon element creeps along the wall while rectilinear forms expand upwards. Kaolin, a white mud used in Surinamese Maroon rituals, and a patch of nails, referencing African power figures, intrude on the primary colors of Dutch design.

Despite this intersection of cultures and spillage of forms, Jungerman deftly contains it within De Stijl. Rather than discarding his colonial framework he loads it to the breaking point, filling his works with the tension of late Mondrian.