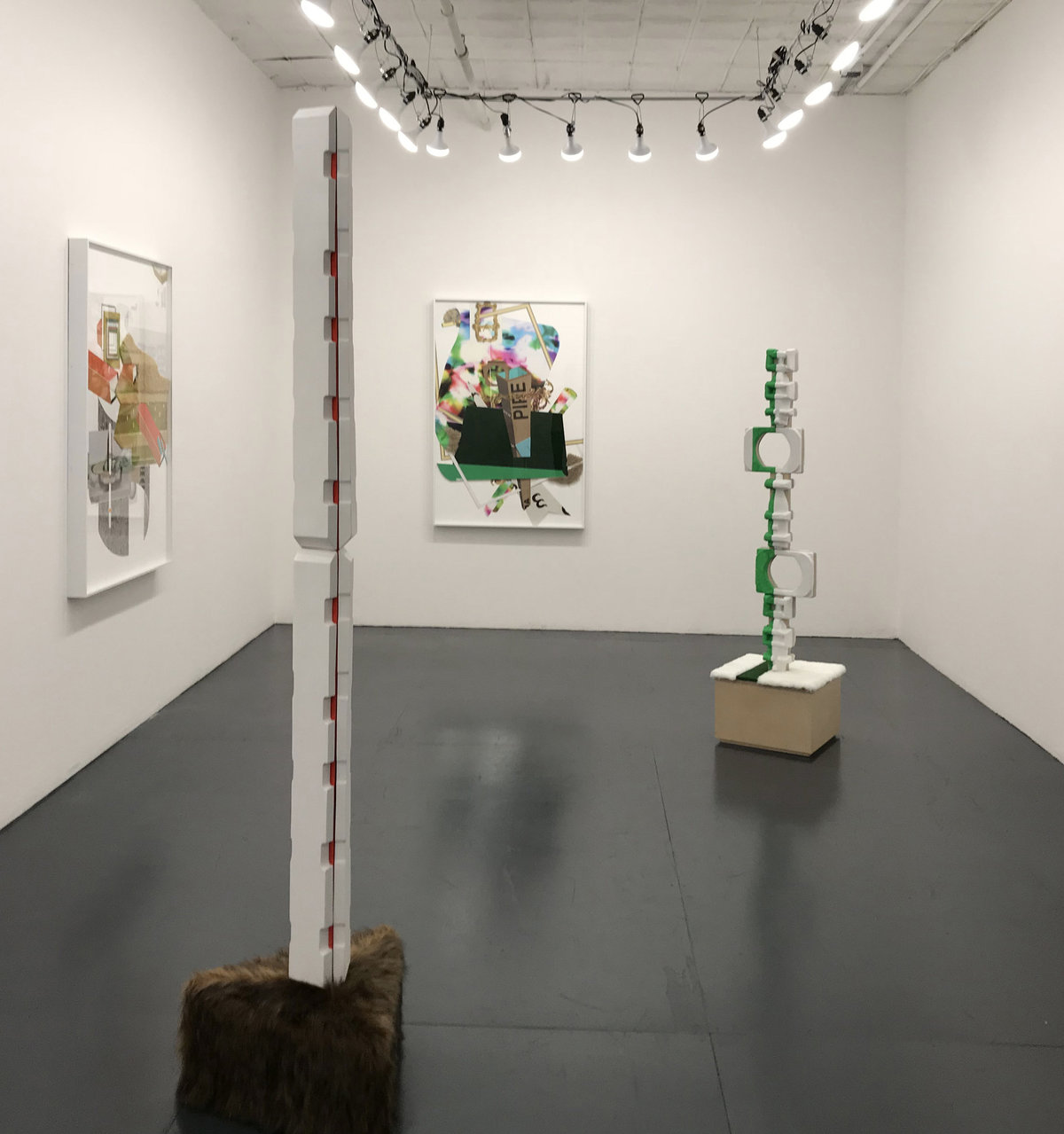 I spoke to the artist Sharon Lawless about her works. She has a show opening in Bushwick at Robert Henry Contemporary on October 27th, 2017.

Noah Becker: What was your childhood like? Did you come from a family that was supportive of your art career?

Sharon Lawless: I was born in Washington D.C., and my family moved to the suburbs when I was five.  Despite the placid surroundings, family life was turbulent. No one was particularly interested in art and I think my parents were baffled by my own intense interest, although they were supportive when I was very young. My father was an appliance salesman and took me along on trips to suburban building sites, where I collected grocery bags full of construction debris for my "studio". Later, I was actively discouraged from going to art school and considering an art career, but by that time I had made a decision to pursue art and couldn't be dissuaded.

Becker: Looks like it's paying off more and more, I think the painterly quality is good. Your work is very painterly, even your sculptures, how do you think about painting and it's interaction with scupture?

Lawless: I actually started out as a painter and tend to think about pretty much everything in terms of painting. With regard to these sculptures, the paint focuses attention on the surface and accentuates characteristics of the plaster forms that might otherwise go unnoticed; in "Semaphore", I also painted parts that are out of view, but that reflect color onto the wall, so that I'm introducing ephemeral color in the form of light into the equation. The built and painted aspects are really interdependent.

Becker: I also sense an interest in Duchamp in some of your pieces, in particular "326 2016". What is your perception of Duchamp's contributions?

Lawless: Duchamp's impact was tremendous. His Readymades redefined art, and the introduction of science, mathematics and language into his work blurred distinctions between art forms and ultimately paved the way for conceptual art, which was coming into prominence when I first began making art. If there's a specific influence in my work, it's probably his interest in irrationality and chance procedures and use of common objects.

Becker: Objects, yes I know what you mean. Also your work plays with assembled imagery and assembled three-dimensional collage elements. Where does sculpture end and collage begin?

Lawless: That's a good question, one that I can't answer definitively although I think about it a lot. The three-dimensional or sculptural elements are an important aspect of the collages, but I think they work in part because I'm playing against expectations....which in turn depends on the work being described as collages, which are usually flat by definition. So there's a conflict between doing away with traditional definitions (there's Duchamp again) and defining boundaries.

Lawless: I don't know if I can name one favorite book, although Flann O'Brien's The Third Policeman comes close. A favorite movie -- among many -- is Ken Russell's 1971 The Devils, which was hardly shown for decades due to its controversial nature. It's a violent but complex movie where corrupt political figures exploit sexual repression and religious fanaticism for their own gain during the reign of Louis XIII. Kind of relevant today.

Becker: Interesting, I just see movies here and there. Is there a narrative happening in your work or are we just seeing a topsy turvy world of elements interacting in various formations?

Lawless: Although I try to avoid a literal reading of the work (which is why I take pains to use fragments of text rather than legible phrases), I think of the collages as having an abstract narrative -- a pictorial narrative based on a strictly visual vocabulary, moved along by the multiple perspectives and shifts in perception that take place as the viewer tries to understand the spatial relationships within the work. In a way, I'm using a kind of circular, unresolved narrative to comment on the elusive nature of truth.

Becker: Was there a main inspiration either artistically or otherwise that really changed your life and work?

Lawless: When I first got to art school at VCU, I was relieved and excited to be out of the suburbs and around so many like-minded people for the first time. There was tremendous upheaval in the culture, and changes were happening in the art world -- conceptual art, for one -- so it was a very stimulating time. I can't say that it changed my work, which was still unformed, but it definitely changed my life! I had great teachers and by the time I finished school I had gone through multiple changes. My work is still changing, just more slowly.

Becker: What role does technology play in the production of your work?

Lawless: Almost none -- the collages are made by addition, subtraction and constant adjustment, and aren't planned in advance. I'm working with the tension between the physical presence of materials and their graphic or photographic representation. The graphic representation is usually in the form of found images, or is constructed by cutting and pasting, although I sometimes make my own prints by laying stuff on the bed of my office printer and scanning it. Other than that, my process is very hands-on. The sculptures are also produced in a low-tech way: I figure out the forms and proportions of the finished pieces literally on the drawing board, and cast the hydrocal elements directly from found packaging.

Becker: Texture plays a nice role in your work, like wood grain and metallic textures. Are you thinking about creating psychological weight? I mean is there a conceptual aspect to the collages?

Lawless: The conceptual aspect depends on the varying degrees of reality -- or artifice -- conveyed by the actual material in relation to its image. I try to choose materials and make decisions strictly on a formal basis, i.e. color relationships, form, scale etc. However, the familiar and identifiable nature of some of the material gives it a psychological presence that may be different for each viewer.

Becker: What is coming up next for you?

Lawless: Nothing immediate (except cleaning up the studio and getting back to work), although I'm starting to plan a sculptural installation for a project space at some point in the future, to be announced.....I'll be thinking more specifically about the relationship of sculpture to painting and how it all relates to the space. WM