The Infrastructure of Abstract Art 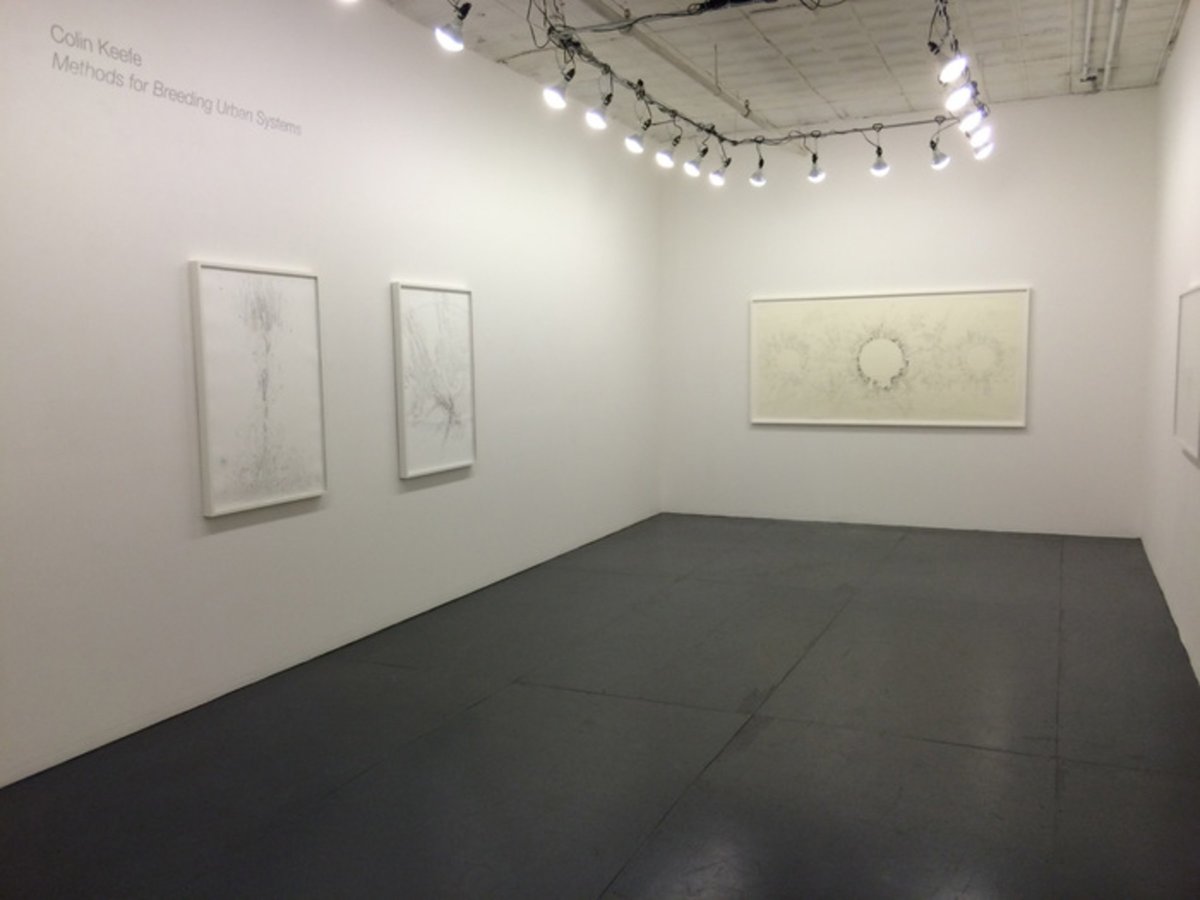 Infrastructure represents a city’s layered history, and so of course can art. Infrastructure may serve site and subject, from Paris for Nadar to rubbings of manhole covers for Sarie Dienes. And then there is art’s investment in urban growth or a city’s investment in art, from the Whitney downtown to the future of Detroit. Ben Boothby's Bialys, Lox & Grapefruit, Michael Elmgreen and Ingar Dragset have restaged existing infrastructure with their pretend subway station and Rafael Lozano-Hemmer with his Voice Tunnel. Matthew Jensen uses utility poles to punctuate his crossing the United States. It could mark the triumph or disappearance of rural America.

Infrastructure can drive abstract art as well. Piet Mondrian had his Broadway Boogie-Woogie, and one does speak of Abstract Expressionism as the New York School. More recently, artists have conceived their work as what a curator called a “tone poem” to the city. The density of the urban grid appears in drawings by Simon Fowler, paintings by Vivien Abrams Collens and Ben Boothby, and photo collage by Diana Cooper. Vera Lutter has long approached abstraction, as in a ghostly photo of Lower Manhattan’s ferry landings on view at the Emily Fisher Landau Center. Now Colin Keefe and Tony Ingrisano dare one to follow the connections. One could even call it a trend.

Keefe calls his drawings “Methods for Breeding Urban Systems,” at Robert Henry Contemporary through February 21. And Ingrisano mines everything from power grids to riverbeds, at Lesley Heller through February 14. Apparently nature can breed urban systems, too. They have in common a fondness for detail, complexity, and the multiple layers underpinning a city—as in Keefe’s use of the plural, for methods and systems. They also take the grid and let it grow to the point of chaos. In the process, they make hidden systems visible.

Keefe’s drawings look as much organic as industrial. They could pass for spreading foliage or micrographs of disease. Buildings appear as bare outlines surrounded by a darker intricacy, as if left behind. Ingrisano, though, earns his complexity quite another way, through an interest in structure. He is also learning to use contrasting colors and layers to lead the eye. The results look unfamiliar, because they are normally invisible, but entirely real.

The layers progress from tiny cells to larger single units, often in blue or purple, to near tapestries. Then come the connecting tissue of lines running every which way and finally sparer clusters of diagonals on top, often as the brightest colors and the firmest guide. Every so often lines project into a cube edge-on. Just once, patterns extend across a further grid of nine smaller panels. They may represent perspective studies or city squares—in one case, as Omaha. New York no longer has the last word when it comes to running out of control.

Layering runs, too, to the craft of their making. Ingrisano applies graphite, ink, and acrylic to a tight weave of cut paper on canvas. Sometimes he rearranges the cut elements along the way. Both artists approach infrastructure with an eye to the past, where networks today are more likely to have digital overtones. Still, art has a way of privileging the visual and the physical, and who knows? If one looks hard enough for something else, it may yet be there.