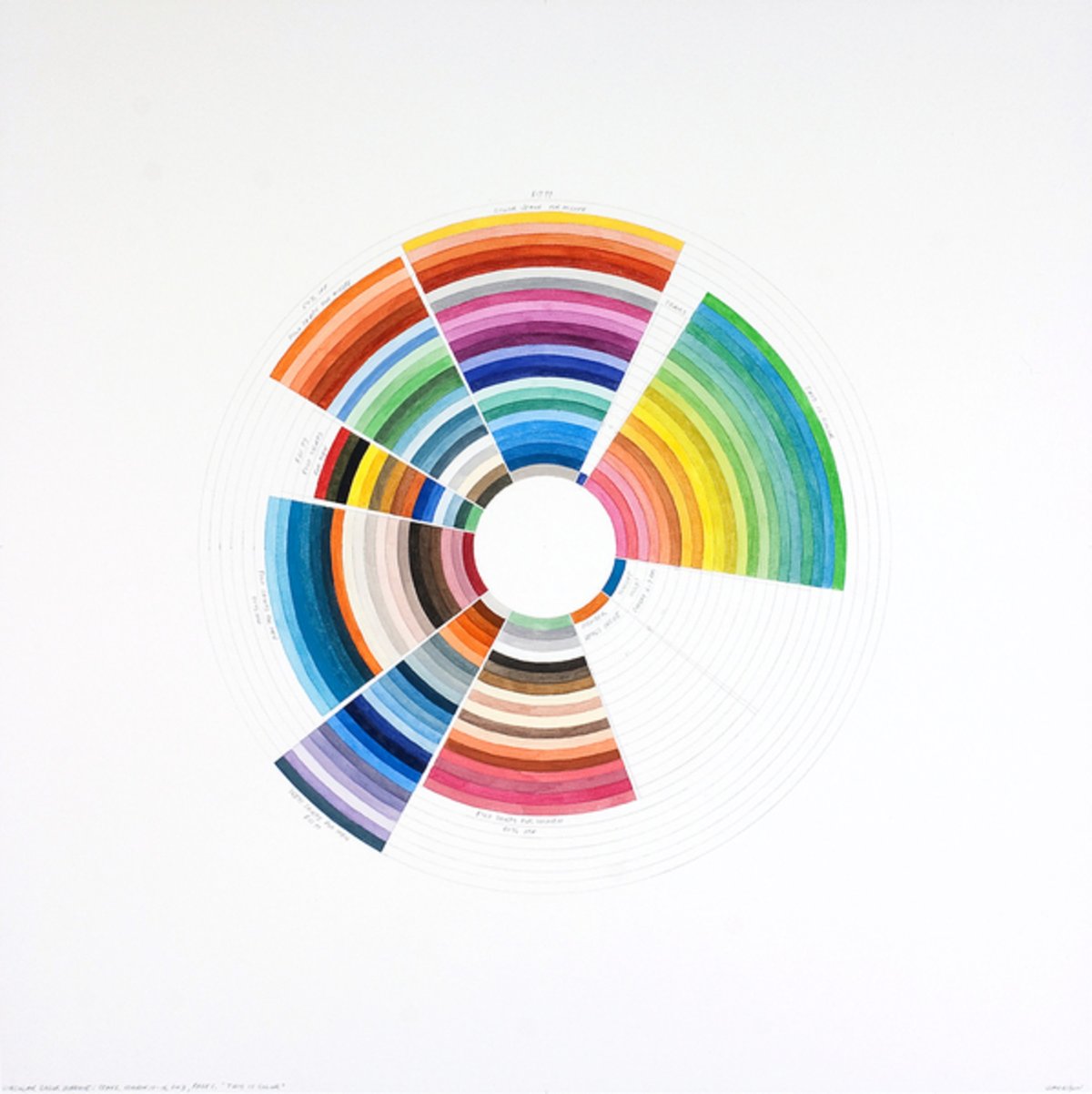 The group of five participating artists includes Liz Jaff, whose paper sculpture composition, "Plomb," plays on organic and architectural forms. The installation is a row of 10 identical objects of hand-cut and folded paper on a wire, showcasing Jaff's self-proclaimed love of repetition and rhythm, as well as a sly sense of humor. The title can refer to a plumb bob — a lead weight is present at the bottom of each piece, and the compressed, pretty paper is in perfect alignment — but her chosen spelling is also polite term for unflushed matter, so the pretty sculpture also perhaps refers to a flurry of papier de toilette.

Shoshana Dentz's diverse collection of delicate drawings and paintings, "Within without," are the result of on prolonged observation of a single transparent assemblage. Five planes of acetate scotch-taped together provide endless interest to the artist, whose gentle renderings capture the fragile lines and surfaces as they shift under gravity, dust, and changing light.

Some of Richard Garrison's works-on-paper employ obsessive chart making to color-code the products in, for example, a Wal-Mart flyer. One wedge of a wheel reveals the spectrum of hues offered in dress shirts for men (at $21.99), versus another wedge showing the variety in colors of jeans for misses (at $19.99).

Garrison collects information from typically overlooked aspects of daily life in consumerist America, such as big box stores, drive-thru menus, packaging, and suburban parking lots. By reorganizing the information, he reveals the underlying palette and design of our banal commercial culture. In "Shopping Cart Inertia," Garrison employed a drawing device installed in a grocery cart that records movements while shopping, resulting in large, clever abstractions of movements through space. In addition to a neat list of products at the bottom, the page is covered in scrawled lines and pooled ink, indicating places he paused.

The other two artists in the show, Norm Paris and Derek Lerner, were present for an artist talk on Saturday, September 5.

Of his three works in the show, Norm Paris's two monumental pieces allude to non-existent sculptures of bygone athletes. Paris used his background in creating support containers for shipping artwork as a launching point for these works, which with only carefully arranged wood slats, bolts, and foam padding, create outlines for where a sculpture might fit.

In "Crate for Earnest Byner Sculpture," Paris created space in the world for a sculpture of a beloved Cleveland Browns athlete that won't be made. Highly interactive with the viewers' imaginations, the work implies a larger-than-life volume for a monument to the artist's own memories of growing up a sports fan in Cleveland. "I've built the absence of the monument," Paris said in the Saturday artist talk following the opening on Friday, September 4.

Paris created the 3D models on a computer, built the structures around it, and then removed the figure. He then recreated this structural framework in the physical world. A close examination of the work shows nuance within geometric simplicity — while a non-present foot may be essentialized, and only framed by simple parallel slats, the space for a curved arm is expressed with a series of slightly askew planks.

Paris calls his work "sort of an absurdist exercise," the answer to "what happens when you take a very utilitarian methodology and apply it to something temporal, something philosophical, something emotional." he says.

Derek Lerner's highly detailed drawings are the tense balance and elegant crossroads between geometric and organic forms. The largescale works are done entirely in blue ink — he uses ball point pens to achieve a debossed texture — on large sheets of paper, with plenty of blank, open space around his meandering structures.

Without sketching beforehand, Lerner approaches each blank slate by considering both satellite images and microscopic realms. Clusters of forms and bisecting lines resemble highways, city blocks, lakes and rivers, crosshairs, and craters. They also resemble communities of pathogens or cancerous masses, veins, and cells. Both associations are intentional, a meditation on humanity's destructive impact on the land.

The work is fascinating whether viewed from across the room or up close. The forms are almost fractals, near perfect patterns in scales spiraling smaller and smaller. Even opaque sections of ink have translucence and texture. Lerner does not use washes to fill in large areas, so pen strokes flow and overlap like turbulence. His painstaking process mirrors the shift of nature and development over time.

As tight as the drawings are, in most of them you can detect marks made by gestural sweeps of Lerner's arm, fainter lines flowing away from the bustling centers hint at expansion, or conversely, at dissolution. He says these are made both at the beginning, to map out the general shapes, and afterward, to make the piece feel less finished. "The hardest part is deciding when it's done," he says. "I want a semi-unfinished look, to imply future growth."