The Pictorial: Deanna Lee on the Cusp of Figuration and Abstraction 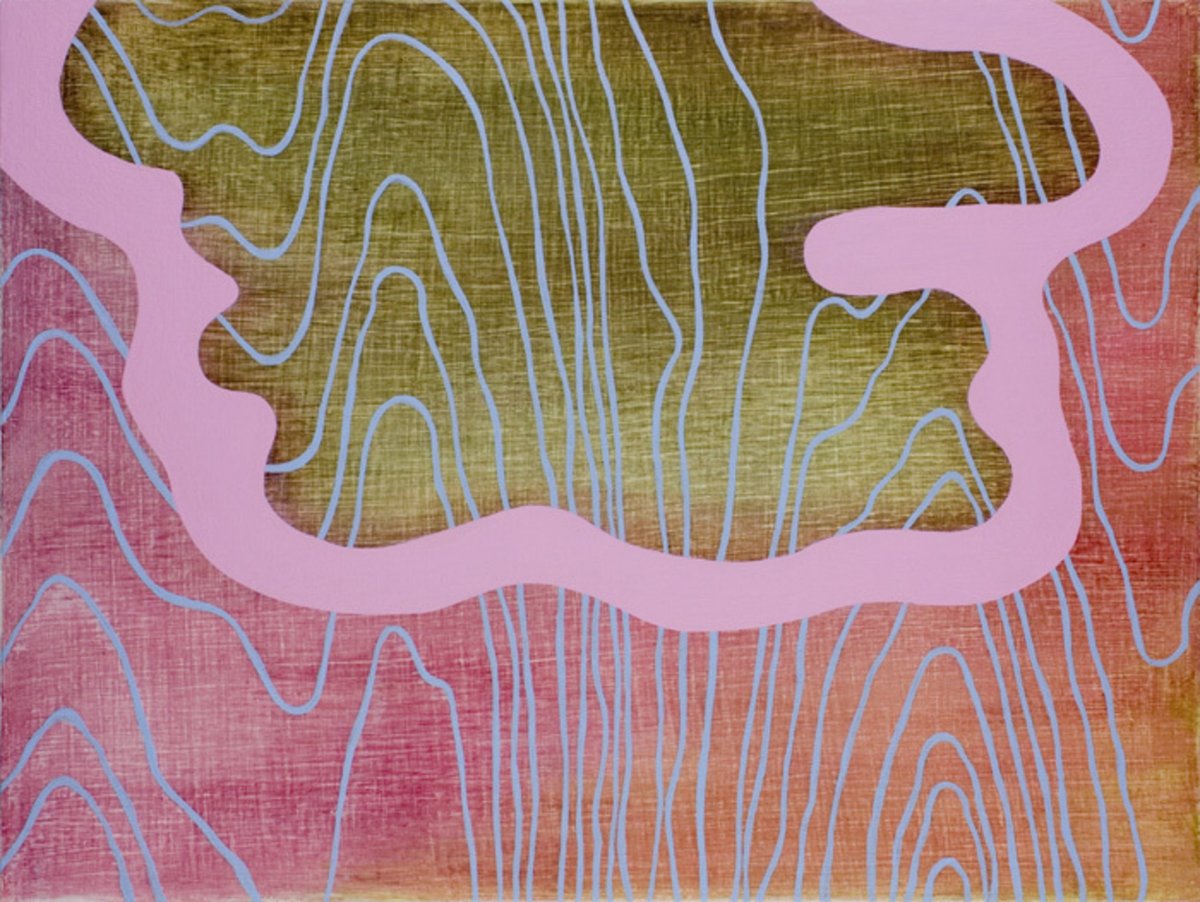 Deanna Lee makes paintings and drawings that reference several influences: the biology slides she looked at while growing up (her mother is a scientist), the actual pattern of the grain of the wood she paints on, her heritage as a Chinese-American artist who has copied reproductions of Asian paintings. These experiences and conditions have resulted in very good art; her paintings demonstrate a fascination with the cusp between abstraction and figuration. The latter is evident in Lee’s treatment of her imagery, which can suggest topological maps or, in her ink drawings, some of the Chinese landscapes she is familiar with or the jagged images of an artist like Clyfford Still — one painting is directly inspired by the American painter. Lee shows us how a miscellany of influences can enrich and deepen our experience of painting, especially in New York City, where so many artists come from different backgrounds. We are by now quite used to the various reports of artists with different experiences from our own. It is clear that this has been the strength of New York as a cultural capital, which remains a center for artists who want to work out relations between American culture and their own new — or in Lee’s case, relatively new — history of immigration.

Lee’s art evokes feelings of nostalgia for lost ways of seeing. But she regularly contemporizes her perceptions by seeking unusual sources for her art. In clfrd (2014), clearly a reference to AbEx painter Clyfford Still’s style, Lee also constructs an elegant gouache-and-acrylic composition that builds off the lines of wood grain on the face of her panel support. These lines occupy large passages in the picture, particularly the vertical body of light purple on the left side of the work. In the middle, viewers find a ragged vertical of yellow that cuts into the purple hue seen on either side of it. Some deep red, mostly enclosed by the purple, shows through toward the edges of clfrd; the origins of the painting’s beauty derive from a tradition well understood in America, where Still’s legacy is well known. Lee’s reading of the past shows us how a painter can find a dimension of change in the idiom she works with.

In AWGP 3 (2013), Lee works on a smaller scale; the painting’s dimensions are nine by twelve inches. Repetitive light-blue lines, again a reflection of the wood grain beneath, look a bit like a mountainous Chinese landscape. They occur on a background that changes from a purple below to olive green above, with a curling mauve strip dividing the two areas. The work leans toward the decorative, but not in a negative way; one is reminded of the high hills and broad mists of Asian painting traditions. There is a point where Western abstraction and Asian traditional art meet, for the latter’s painterly effects can be isolated and turned into something non-objective. AWGP 2 (2013), another small painting, works in a similar way. The picture, which presents regular horizontal lines of dark purple repeating above two equally divided green grounds (one a dark forest color and the other an acid green), could be the detail of a contour map. Its thin strips begin with a lake-like image inserted at the bottom of the composition. Here the feeling is that of an oasis, a point of reference dictated by harmony. It resides in what could be an actual place, one very nicely detailed by the painter.

Eagle Street 1 (2014), one of six ink works on vellum put up in the show, continues with the notion of a repeated outline, in this case showcasing the closely patterned cracks of her studio wall. Looking a lot like the skin of an onion, the painting has several thin lines that edge out of the body of the bulging image. One of the best things about Lee’s art is the multiplicity of its references, which in this instance range from landscape to abstraction to the rendering of a particular thing. Her work’s ability to bring up several allusions at once is one of its greatest strengths. As a painter, Lee offers us a language that is more widespread in its inspiration than it seems. Moreover, the specificity of its structure — the studio wall pattern — allows Lee to work from a reference that is culturally neutral, even if the image’s material — ink — looks to a Chinese past. As a method, this is extremely interesting, for it supposes that the means of inspiration can be as specific and local as the place where one makes art, as the title of the piece indicates. In general, Lee’s paintings remind us that today’s artists often explore, more than kind of, cultural effect; Lee does this extremely well.