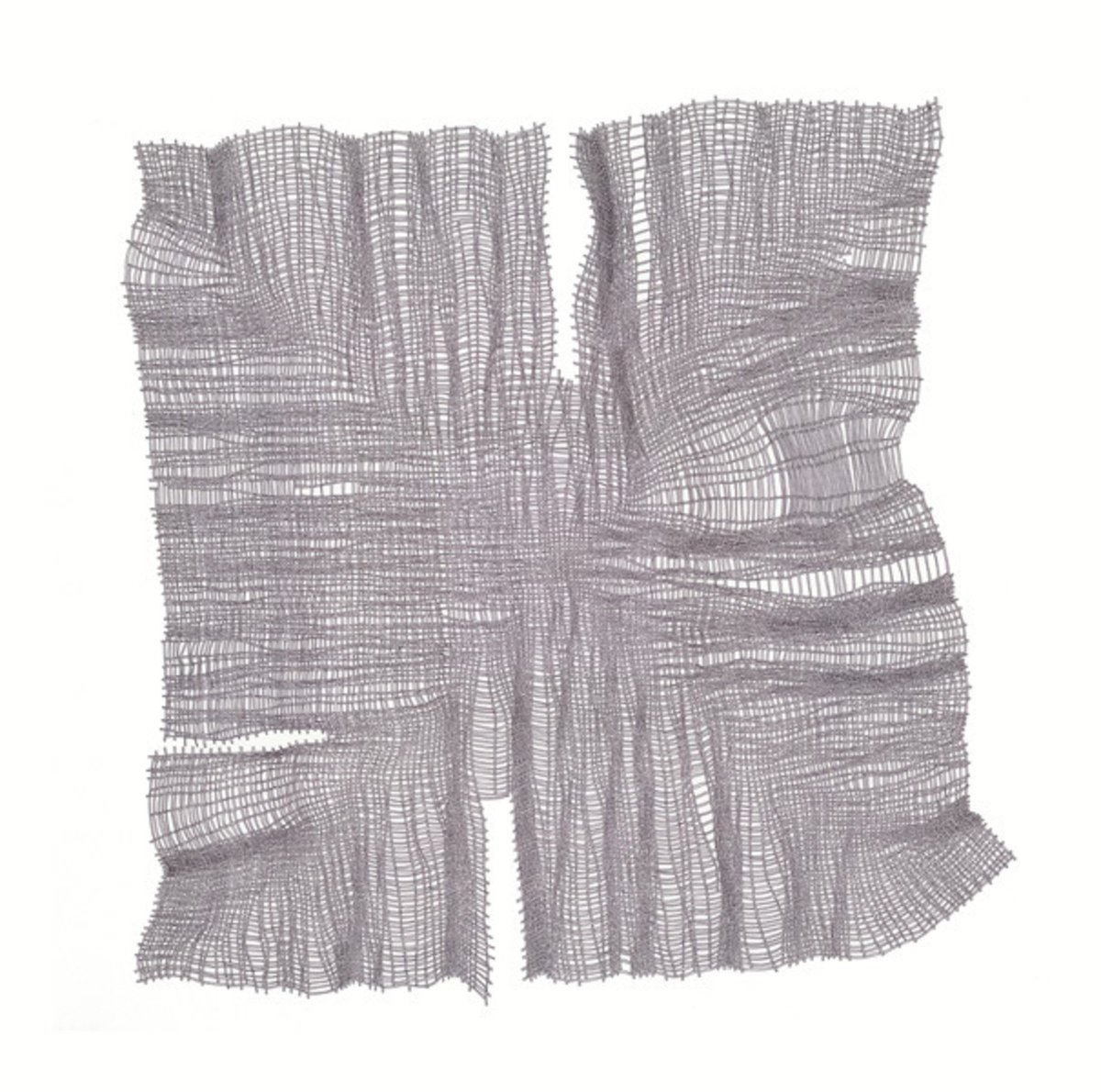 While most people say ‘write what’s true at the time’ and others say ‘write what will always be true’, both eventually don’t matter when works of art appear as genuine. But why does one make art in the first place? Artists get to choose what to fall in love with. If the reader doesn’t agree with the artist’s opinion, they simply don’t read and that’s the end of it. And in many ways, this is how it should be.  This has all been said before, so who cares? While some would cynically say no, Robert Lansden’s art in “In Every Direction” refreshingly proves otherwise. If you don’t want to just say the same old things in the conversation, simply create one of your own.

The work starts with sketches based on algorithms. The pieces convey the pervasiveness of communication itself, and in doing so break new ground. Pervasiveness is undoubtedly inevitable with any sort of talking. It’s art that is not self conscious or seemingly Conscious in a way that is eventually pervasive to the viewer, which, is actually much smarter than much of the art around these days.

With the rise of 3-D printing, the art here is not only a timely commentary but actually aims to emulate the process of something like 3-D printing. While the work itself is not based on any existing code, the ink and watercolor drawings are images that stick in your memory. The artist states: “Each time an algorithm is used I hope to learn something new, have a different experience of it, and delight it not knowing.” In many ways, I couldn’t say that better myself. To answer the question of whether art matters in the 21st Century, just by looking at this, the answer can clearly be, “yes.”

Jargon is always a risk when experimenting. Joyce was on the edge of it in Finnegan’s Wake, Picasso with his sketches, and now in the 21st Century with ever advancing computer code and novels literally being read as sections of g-chat, organs being printed, there’s a large risk for any art deemed ‘experimental’, or that engages to comment on our times, to be eventually meaningless and overly wrapped up in itself. There’s enough noise as it is.