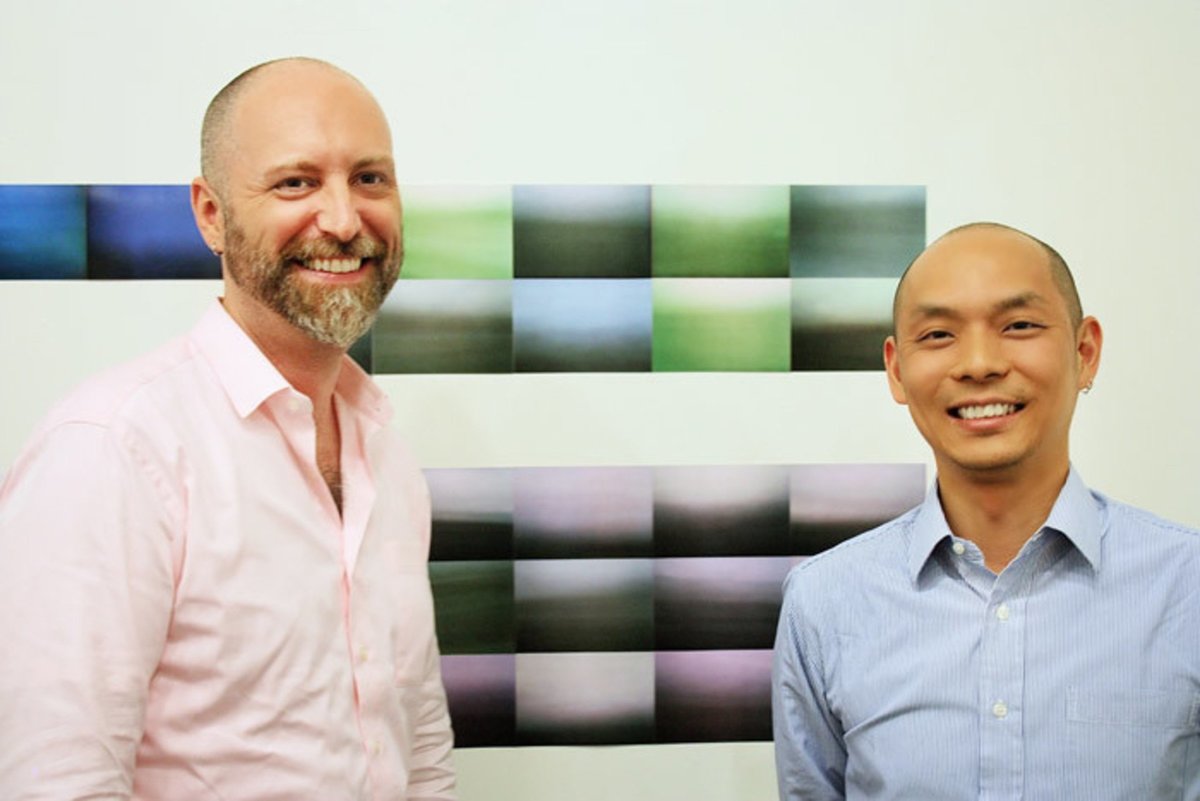 Robert Walden and Henry Chung of Robert Henry Contemporary are a making a life in the art world work for them. The gallery they run together is a collaborative project, so it comes with the territory.  As Robert points out, “there is always a give and take…just like anything else in life.” While the cooperative duo have been working together as curators since the 1990’s, coincidently both Robert and Henry began their careers working on the opposite side of the gallery desk, starting out as artists. They still share a studio space in Red Hook.

Even though Henry didn’t think he would ever work as curator, he believes, “it does make sense that artists do end up curating. I see it as analogous to any other artistic discipline. It just happens that the curators use other people’s work as a medium, the gallery as a substrate. The finished piece is the exhibition.” The curator is kinesthetically involved, connecting the dots for the viewers.

For both curators, art has been used as a point of reference throughout their lives, anchoring their childhoods and subsequent careers. Robert’s father was an artist and a professor of art; making his son’s transition into the art world smoother than most. Henry credits the influence of his mother to lead him in a creative direction. She would take him to the Brooklyn Museum every Saturday, where they took art classes together. “My memories of these moments are quite profound. They were some of the first times I saw my mother as a whole person who could do things other than ‘mom’ things.”

Given their longstanding investment and experience with art from an early age, both curators agree that the origins of their curatorial projects can stem from anywhere, sometimes the farther away from the visual arts the better. Henry interjects, “inspiration can happen anywhere.  The more unconventional, the more compelling the exhibition could be. Getting back to the connect-the-dots metaphor, it’s not so much fun if you’re only connecting dots that are close to one another.”

The gallery presents mainly solo exhibitions, and tends to hearken back to the visual and conceptual principles that both curators share. They use their gallery as a point of exploration, in which the exhibitions function as a continuous string of challenges and experiments. While some shows are conceptually closer to their personal visions, “other shows are farther away. So, rather than a series of curatorial projects Robert Henry Contemporary functions as one continuous curatorial exploration with every show, containing some, but not necessarily all of the ideas in the cluster of interests that Henry and I share.”

Considering the name of their curatorial endeavor, Robert Henry Contemporary, art of the moment is of primary interest. While both curators share much in common, their artistic preferences and interest tend to be quite different. Henry states, “I’m attracted to somewhat minimal work. I also have a tendency towards works on paper, as well as works that are heavily process oriented.” Robert admits he has a great love for Dutch portraiture and landscape paintings of the northern Renaissance. “Rogier van der Weyden, to name one.”

Every show is an amalgamation of Robert and Henry’s personal visions and philosophies, and while this may appear to be a daunting task, the duo isn’t too stressed about it. “I think collaboration often requires compromise by all parties involved. The most successful collaborations are ones where you can see the dialog between the voices, and not simply the lowest common denominator.”

And if you asked these two what they would change about their space if they could, you’d find they’re perfectly satisfied just where they are. Henry states, “I actually don’t like to think about our gallery and our curatorial vision in those terms. Any space can be the most beautiful space in the world if you knew what to do with it. As for a dream artist, this is Brooklyn, after all. There are a lot of artists out there. In that mix is some really exceptional work.”

Robert and Henry are always looking to their next project, anticipating how they can provoke their viewers to ask questions, and engage with their space and the work they believe in. They aren’t slowing down anytime soon. This fall the gallery is anticipating a number of solo shows by artists James Cullinane, Richard Garrison and Noah Loesberg. In December 2013, Robert Henry Contemporary will head to the beach for the Aqua Art Fair in Miami. We have no doubt they will work hard together to bring the heat.