Bushwick: Looking Backwards into the Future 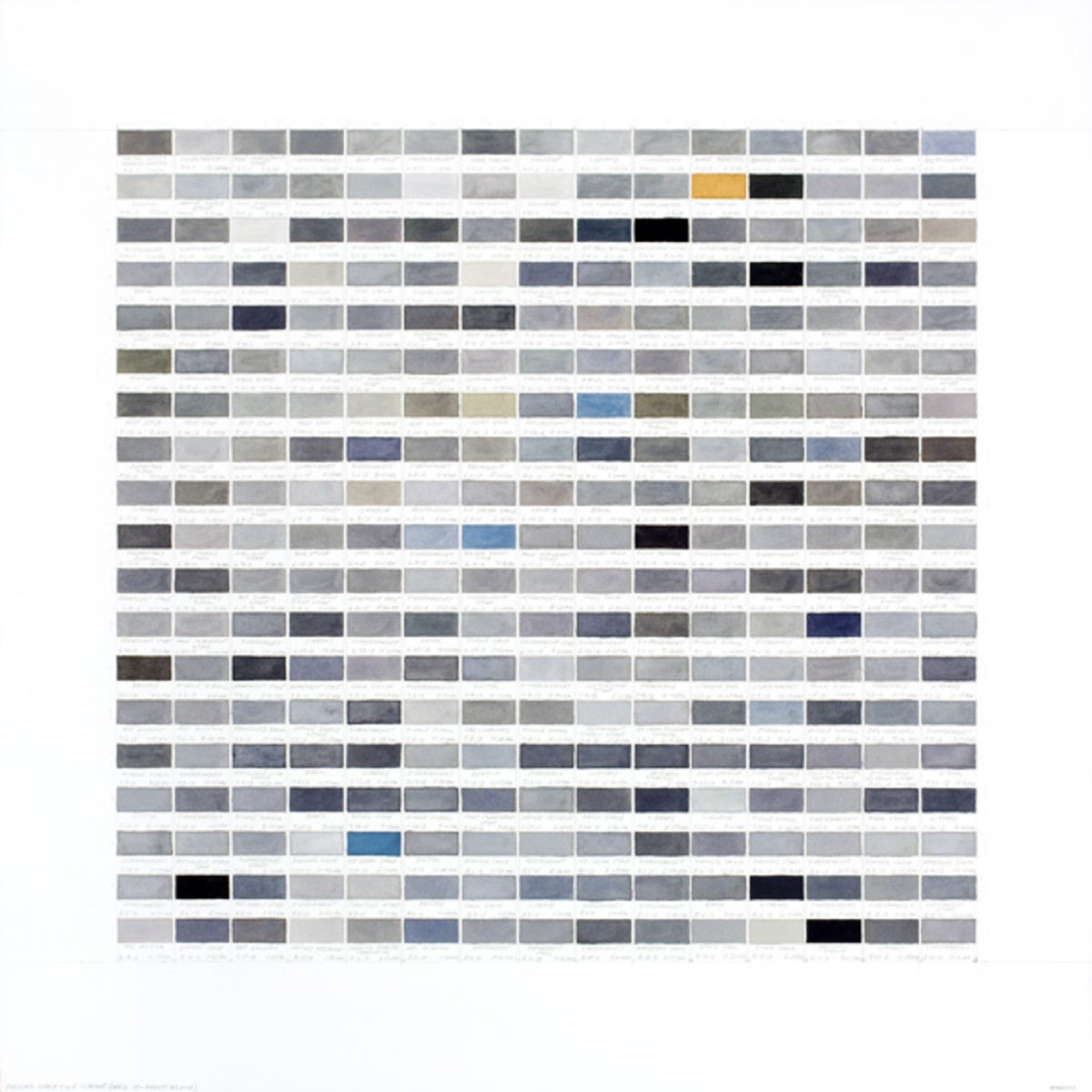 “Life can only be understood backwards; but it must be lived forwards.”   – Søren Kierkegaard

Affordable rent, DIY, and the need for community is attracting more and more artists to Bushwick, Brooklyn. With artists priced out of other neighborhoods, and the flood of art school graduates, Bushwick’s (mostly artist-run) gallery scene has come to increasingly define this sprawling, rundown, predominantly Latin part of Brooklyn. Before I report on my recent visit there, a short historical sketch is in order.

Suffering economic slumps in the 60s and 70s, Bushwick was finally eviscerated by widespread looting and arson after the 1977 power outage in the New York City area, resulting in blocks of abandoned buildings, empty lots, and open-air drug supermarkets. Around 2000 the city started investing in crime prevention, housing and commercial revitalization, and the economic tide started to turn. In the last two years, rents have increased and some galleries have expanded into Ridgewood, a neighborhood in nearby Queens. Currently Bushwick and Ridgewood have at least 50 artist-run galleries. My friend the artist Elizabeth Johnson and I wandered around one Friday afternoon, joining the art crowd, visiting galleries and talking with gallery owners, thrift store shopping, drinking espresso and lunching in the neighborhood eateries.

Valentine is located in a former whorehouse in Ridgewood. The current show features established artists Judith Linhares and Loren Monk in the main gallery and Rebecca Litt in the hallway gallery. The unlikely combination of Linhares’s large, playful, feminist figurative work with Monk’s colorful, schema-like maps of different aspects of the NY art world is a curious but successful pairing. (Monk doubles as art critic “James Kalm” who bicycles to art events around NY and writes an art column for The Brooklyn Rail.) Owner Fred Valentine has created a friendly, open, round table of visiting artists and art lovers. A refugee from Williamsburg, he has a gift shop of smaller, less expensive works by gallery artists, friends, and by Valentine himself (like many gallery owners in Bushwick and Ridgewood, he maintains an active studio practice).

Another artist-run gallery is Mary Judge’s Schema Projects. Housed in a former barbershop, her gallery is dedicated to works on paper and all forms of drawing. Also, she hosts Blonde Art Books, under the direction of Sonel Breslav, an excellent press that, among other things, curates book-centric exhibitions. When we dropped by, Judge was installing a new show but nevertheless invited us to sit and chat. She was evicted from her East Village apartment a few years ago and was able to buy the building where Schema Projects is located. She commented that she is less worried about making money than showing interesting work, including younger artists, established artists, and even deceased artists who deserve attention. “On the cultural hand,” she said, “there is a desire to not care about what the outside world thinks, not an outright rejection, it’s just like nothing else is there, only ‘us.’ The art world here can be a bit insular and with reason: it has rejected the Chelsea scene. It’s accepted that the bigger art world has no ‘community,’ is all about market and is a closed circle that rarely offers anything of true import these days. No one can get in. The museums are part of it. Hurricane Sandy killed off what was left of mid-level galleries, finishing work that began with the financial downturn. At first our ‘scene’ was interesting always, where there was nothing but vast ‘empty’ spaces, there was a spark: now we have about 50 galleries … I think we are at the end of that cycle and perhaps its time for the application of critical analysis to suss out where to go from here, what really matters, or simply a determination that we will never want to be like that and we want to stay exactly how we are, thank you very much.”

1717 Troutman Street is a raw, rambling building of art studios and galleries, among which are Harbor Gallery, Parallel Art Space, Underdonk, and Ortega Y Gasset Project. Harbor was hosting its first curated show, “Free Form”, curated by Illana Hester of illPinto artist collective, which featured Eric Pinto’s impressive tower of skateboards in a room of collages made from old “Playboy” centerfolds, mixed media paintings, and prints. “Ornament and Crime” at Ortega Y Gasset Projects, curated by Lauren Adams, is based on the idea that decoration is degenerative (taken from the 1913 essay of the same name by Viennese architect Adolf Loos). The show featured images appropriated from the Internet. For example, Stephani Syjuco’s “Dazzle Camouflage Propositions”, downloaded from Goggle SketchUp, uses Algerian and Vietnamese patterns to a spinning 3-D image of Le Corbusier’s Villa Savoye to comment on France’s colonial past. Underdonk had lovely small, organic abstract sculptures of Rolf Jacobson. Parallel Art Space had a beautiful, poetic show called “Nocturnes,” echoing Chopin’s Nocturnes, the largely black paintings focused on light and its reduction and absence.

Bushwick’s flagship art building is 56 Bogart Street located directly across from  the L line subway station. About two years ago Momenta Art, a well-known non-profit, relocated from Williamsburg and recruited other artist-run galleries. At 56 Bogart Street we saw several large, concept-based group shows including Nu Age Hustle (Momenta, curated by Katie Cercone) that seemed like the aftermath of a fun party. NURTUREart, also a venerable long standing non-profit, had “The Psychic Triangle”, a thoughtful group show curated by Jessica Cannon. “The Psychic Triangle” examines the ambiguous relationship  between the manmade and the natural world. We stumbled into a new gallery hung salon style with dozens of interesting looking paintings called “Life on Mars”. Robert Henry Contemporary featured Richard Garrison’s solo show of beautiful abstract deconstructions of the quotidian colors of everyday objects, the beauty of the banal. Studio 10 was a special treat. Owner Larry Greenberg was part of the East Village art scene in the 1980s and started Studio 10 about two years ago. He also thinks things are changing quickly. At Studio 10, the current show features the work of Meg Hitchcock titled “The Land of Bliss”. Her pieces are spare but powerful and are often months or years in the making. Hitchcock uses religious texts such as the Bible, the Koran, and the Bhagavad-Gita and cuts out letters one by one to make intricate collages that allude to tantric symbols, mandalas, or Kabbalistic images. Her work are meditations on the land of bliss a celestial place we all have inside.

The sheer number of artists, curators, and galleries in Bushwick and Ridgewood is dizzying. Bushwick isn’t immune to the cycle of gentrification that affected Chelsea, Williamsburg, and the East Village, art scenes that self-destructed from natural and man- made disasters. Will Bushwick and Ridgewood go the same way is anybody’s guess. (Here in my home of San Francisco, what has happened to the once-bohemian Mission District speaks of gentrification on steroids.) Some of the older generation of artists from the East Village and Williamsburg might find themselves playing Cassandra—blessed with foresight to predict the future but doomed to be ignored. Mary Judge again: “Cheerleading for Bushwick, that can be self congratulatory, like aren’t we great and don’t you want to be here kind of thing. Which I suppose is fine, but after a while, tedious and what purpose does it serve. Maybe in the end it serves investors, who anyway have almost already exhausted our neighborhood. We probably don’t see that yet, but the real estate has changed hands and the building has already begun.”