4 Art Exhibits You Need to See 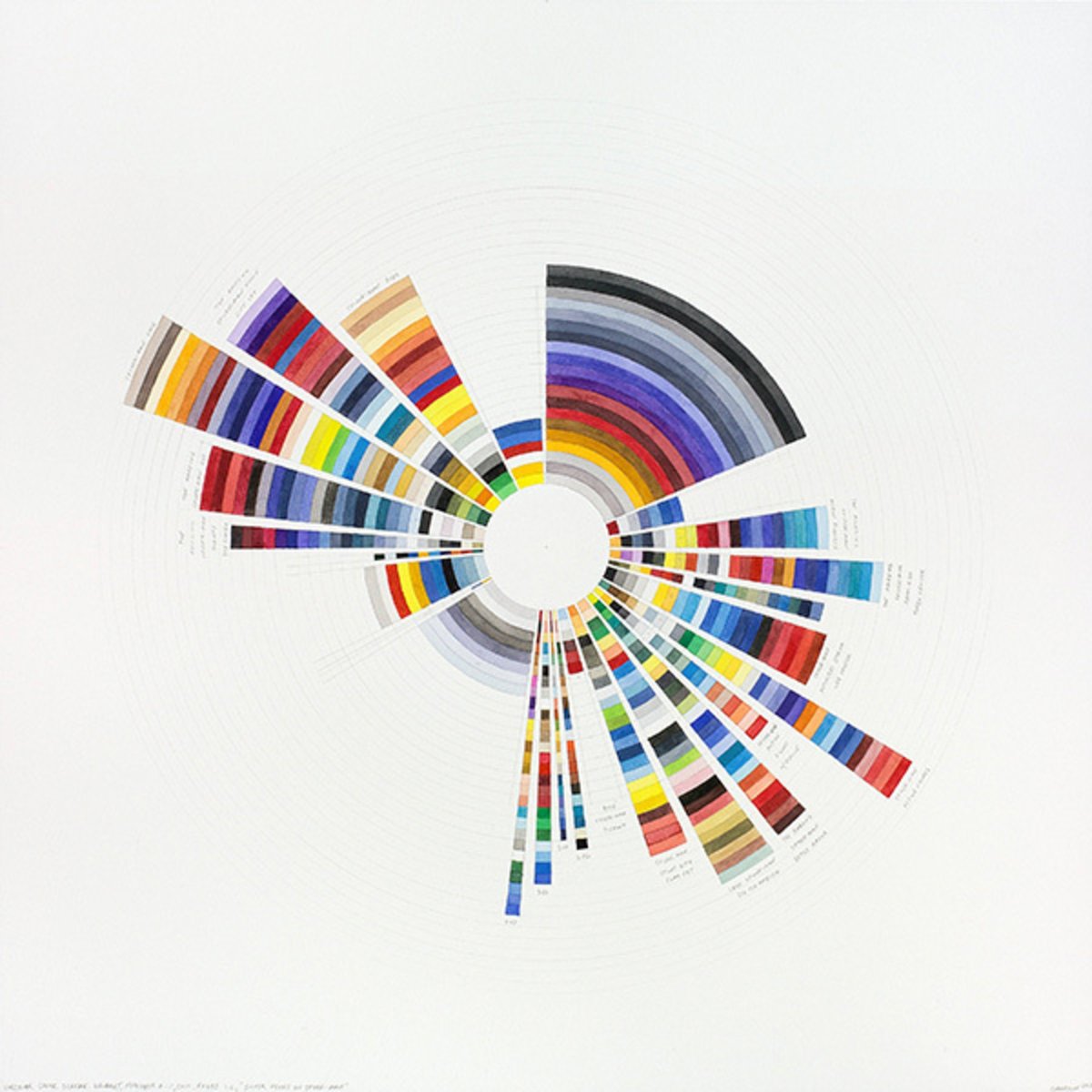 RICHARD GARRISON
Robert Henry Contemporary, 56 Bogart St., through November 10th
Even a most earnest attempt at addressing the extent of varicolorful vibrance, flair and array in Richard Garrison's schematically exuberant mixed media works on paper would likely amount to understatement. This might also, however, make perfect sense—if only by dint of logical cartwheel—for a most certainly understated element in these pieces is the economico-cultural complexity undergirding the artist's process, which is occasionally quite nearly performative, and sale-item-cum-data matrices of reinterpretation. The crummy trappings, in other words, of our perhaps crummily consumerist lives are so deeply embedded in Garrison's works that they ultimately—like a new home fixture, like a new toy, like a new toaster—shine. Yet his game is to visually activate such inputs, not critique them. As such, the forms of radiance he wrenches from items as lamely quotidian as newspaper inserts and sales circulars are the products, to wit, of creative sincerity rather than plaintive exaggeration. He provides a whole lot to look at and even more to chew on. The sensory joy therein is hard to overstate.

THE ARMORY SHOW AT 100: MODERN ART AND REVOLUTION
New York Historical Society, 170 Central Park West, through February 23rd
Marking 100 years since the first Armory Show entered the annals of art history, or Art History, as a truly watershed event, 2013 has seen no shortage of revisitations and homages thereto, from tribute exhibits at fairs and in galleries to this scaled-down rehanging of select works that debuted, either quietly or explosively, a century ago. Contemporary historian Max Page, writing about the original Armory Show via Austrian economist Joseph Schumpeter's takes on capitalism, refers to it as an instance of establishment-obliterating "creative destruction." Quaintly overblown, perhaps, but whatever. So many decades later, it's hard not to wonder how the hell—or if, or when—such a dramatically redefining explosion might take place again.

VERMEER, REMBRANDT, AND HALS: MASTERPIECES OF DUTCH PAINTING FROM THE MAURITSHUIS
The Frick Collection, 1 East 70th St., through January 19th
Some artworks of almost outsize renown still invariably tend, despite all the near hyperbole, to stun, transfix, transcend. Girl with a Pearl Earring (1632-1675) is, to be sure, one such work, a rapturous monument to the blaze of an almost leisurely penetrating gaze, and to the compositional force of just a few consummately employed, insuperably brilliant whites. Vermeer's famed masterpiece is in a chamber of its own, The Oval Room, in this extraordinary exhibition of works on loan from the Royal Picture Gallery Mauritshuis in The Hague, but it is in the fine company of a similarly calibered coterie distributed throughout adjacent rooms—a Golden Age group including, among other grand names, Frans Hals, Jan Steen and Rembrandt van Rijn. Works from the Frick's own estimable holdings are incorporated into the exhibit as well. Moreover, for the purposes one might call The Record, Vermeer's viewer-seizing lass is not the only work on view whose legend has been embellished by recent literary treatment. You will also find Carel Fabritius' The Goldfinch, a major work of rather minor measurements that furnishes the narrative thread to Donna Tartt's eponymous 2013 novel—which, according to Stephen King's assessment in The New York Times Book Review, is an elegantly crafted masterpiece, too. One wonders, as such—with a passion for ever greater depths of exhibitional intrigue—if this show at The Frick might somehow factor into the eventual movie. Because there will be one, right?

DANTE FERRETTI: DESIGN AND CONSTRUCTION FOR THE CINEMA
MoMA, 11 West 53rd St., through February 9th
A list of major Italian directors with whom Ferretti hasn't worked since the late 1960s would be a very short one indeed. Having collaborated with Pasolini, Fellini, Comencini and Bellocchio, for instance, Ferretti is the Ennio Morricone of production design. He's worked with Scorsese, Terry Gilliam and Tim Burton, too, and MoMA's mounting of multivalent screenings alongside relics from his sets is tantamount to an inherent blockbuster itself. A natural complement to all of that is, of course, a schedule of standard screenings. What you won’t be surprised to find is a broad sampling of his creative range. What might surprise you is how many of your favorite films were graced with the dashing robustness and verisimilitude of his handiwork. His mark on cinema is ubiquitous and indelible. Given all this, no one better could’ve been called in for Hugo.