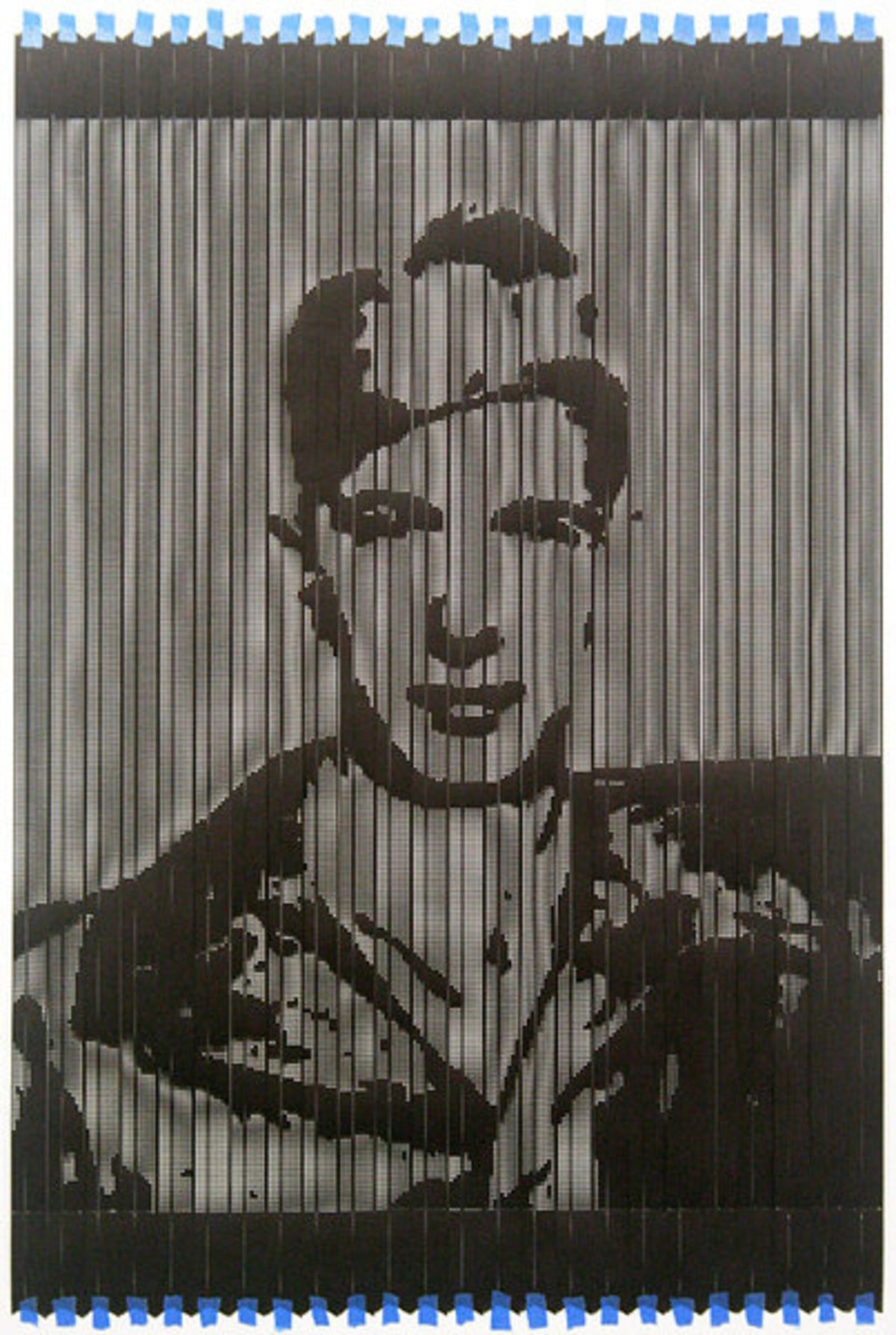 This kind of mental association is at the crux of Chung's exploration: Who were these people, and how did their lives end up? "There's something about old photographs that are just so sad. And I just hated knowing that they were thrown out," Chung says. He became fascinated with telling their stories, and even enlisted viewers at an open studio event at Long Island City's Crane Street Studios back in 2007 to write down facts about the people in the pictures. That early exercise satisfied Chung's own need to pin down his subjects, as he realized each person could represent someone different depending on the viewer.

As I study the images, I look for hints of people I know; the woman with the broad smile and the off-kilter hat reminds me of my grandmother. Sharing this with Chung, he reveals that the inception of the project actually began with an old photograph of his father's family. They fled China in the 1940s, and there was just one surviving photograph of his grandfather.

"There's something about nostalgia that I'm just very attracted to, that feeling of nostalgia," Chung, who grew up in Brooklyn, says. And as he gazes over his work, I can actually feel him reveling in it. "Of course, all these images, they're of a time way before I was born, but at the same time, I have this, you know, fascination with its nostalgia."

The final incarnation of the project incorporates technology, the mainstay of Chung's past.  Chung attended NYU's Tisch School of the Arts, studied engineering at Columbia and held a number of jobs in web programming. Although he ultimately chose art as his career path, "the part of me that was interested in technology and science never really left."

In Identity/Anonymity, Chung uses computer punch tape, an outdated and obsolete data-storing device from the '80s, to capture the concept of trying to decipher that which is indecipherable. He wrote a program that broke down the images into vertical strips of paper, which he fed into an old computer punch tape machine, punched holes in and finally reassembled by hand. The outcome is a face translated through punched-out strips of paper, which Chung purposefully keeps unbound by glass so that as the paper expands and contracts with humidity, or catches a gust of air, the picture undulates, implying motion. The holes cast shadows on the paper, which create gray space on the black-and-white photo and give an illusion of depth. Chung puts it best: "Ultimately, the series is about information access and my quest for a resolution that I could never find: people whose information I want but don't have access to, rendered in a data format that can no longer be read."

Walden comments, "One of the most interesting aspects of Henry's work is watching viewers interact with it. Often people assume these are portraits of famous people... viewers actually impose an identity on them that doesn't exist. This is perhaps a very human compulsion... Henry is raising the question of why. He asks the viewer to question how identity is created."

Chung has used antiquated technologies and non-traditional techniques in several other of his projects. In an older series, Pictures of John, Chung shot a toilet with his homemade pinhole camera at a "worm's eye view," a perspective which illuminates the porcelain throne ("John") as a fixture in space. In his more straightforward photos, Chung often uses a "Holgaroid," a Polaroid dispenser attached to a plastic Holga camera, which is infamous for its light leaks and absence of a mechanism to control exposure.

Chung is drawn to the inexactitude. "It's a big unknown, whereas a lot of photography now is so much about the precision of every single control, the exposure, or you have the computer in your camera."

With Identity/ Anonymity, Chung has stepped back from taking his own photographs. "There's a lot of great work that can be created by taking a straight photograph, but there's also a lot of people doing that," he says with a laugh. "Creating a pretty image or creating a meaningful photograph, I think, is not as important to me as a photographer. I think what I'd like to do, especially with this body of work, is to use photography as a means of conveying something more conceptual." With Identity/Anonymity, Chung has created a exhibition that will certainly get inside a viewer's head.