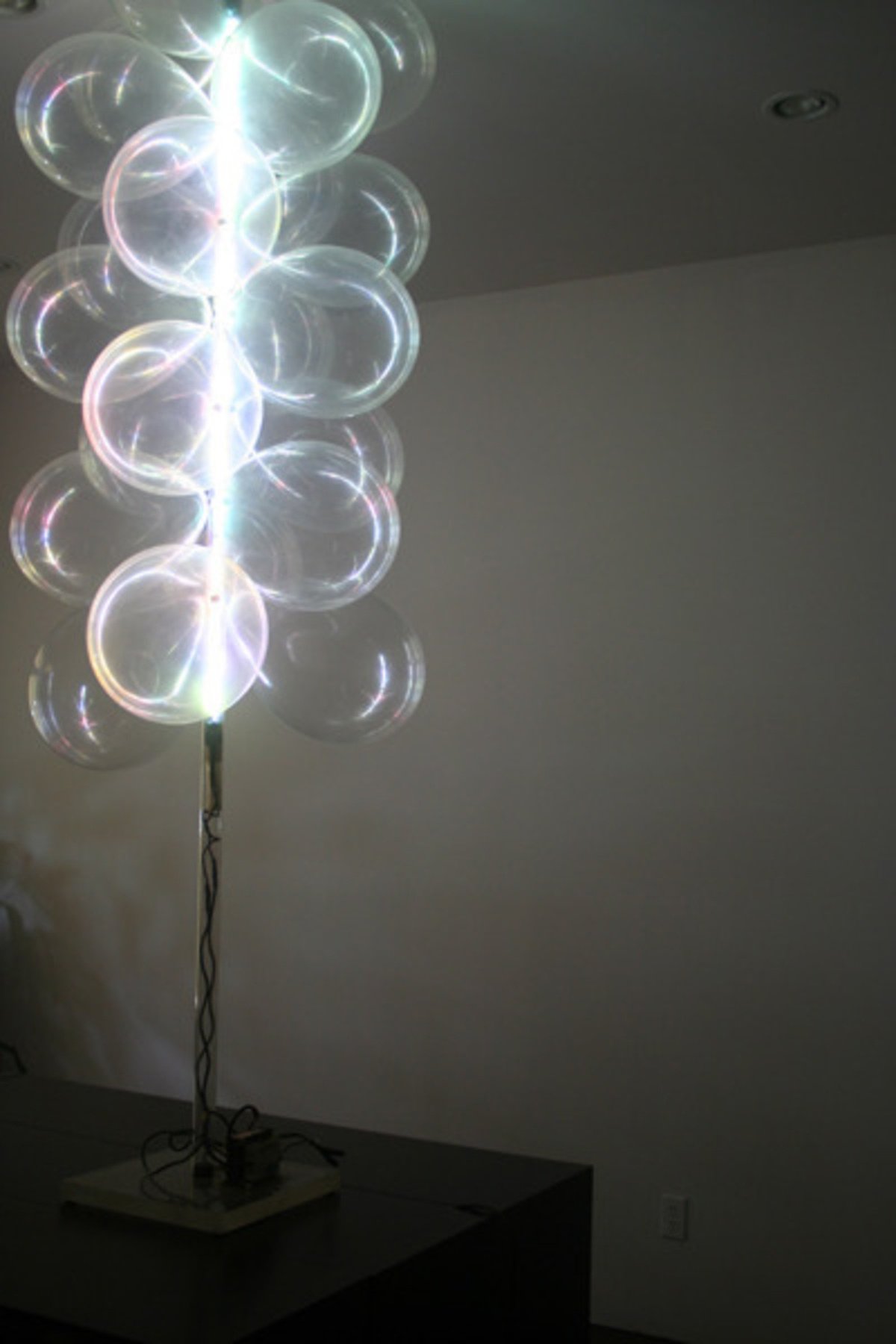 James Clark's exhibition at RHV Fine Art is made up of a single work, The Luminiferous Aether, created by the artist between 1995 and 2011. With only one sculpture that consists mainly of air, light and gas Clark asserts himself as one of the most important light artist of our time. Placed at the center of the small, square gallery space, the piece grows, tree-like from its base. While the balloons clustered around the interior pole are in actuality clear, the artist's almost childlike mark making on the central argon tube create the illusion of expansive bursts of color. Viewers are bathed in the glow of Luminiferous Aether, which can be roughly translated into "light-bearing material." As the only source of illumination, the sculpture vibrates throughout the entire room emanating bits of pink, blue, yellow and green, as the scratches of color bounce off the rounded surfaces of each inflatable.

As with much of the work Clark has created over the 30 years of his career, the allure of this piece lies in its simplicity. Activating the mainstay of art for centuries – color, light and form – in both a literal and metaphorical way Clark works his magic. More than just the forms themselves suggest a relationship to filmmaker Albert Lamorisse’s 1956, The Red Balloon. Both playful and melancholy in the dim room, the viewer is immediately taken by the beauty and allure of Luminiferous, soon finding more complicated, nuanced attributes as one's eyes adjust over time. Although the piece was first created in 1995, like Clark’s other even earlier large-scale light works, that are often activated in one way or another by the viewer/participant, Luminiferous, feels decidedly contemporary in its subtle participatory nature. One is not overwhelmed by an all-encompassing illumination, but instead is invited in for an intimate experience. "In my own work," says Clark, "the viewer’s relationship is a symbiotic celebration completing the work of art." In hand with the literal vulnerability of the inflatable elements is also a generosity, wherein the artist offers the viewer a kind of interaction that can be open, contemplative and joyous.